Shraey khanna is an INTERNATIONAL ARTIST from India , who has represented Indian on Fox Channel in USA , New York on “Showtime at Apollo” hosted by Steve Harvey.Legendary Stage where legends like Michael Jackson , James Brown , Bruno Mars , Beyonce have Performed. Shraey recently represented Indian on Italian Tv show in Rome and Also holds the record for Most Viewed dancer in India with more than half a billion views - A total of 565 Million views on Youtube and Facebook. Shraey Khanna is also the Winner of a Dance Reality show broadcasted on India's biggest Global Entertainment Channel- Star Plus in 2013.

Shraey has been part of Remo D' Souza's first ever Indian 3D Dance movie- Any Body Can Dance (ABCD). and the sequel ABCD 2 where Shraey Khanna can be seen sharing the big screen with actors . Shraey can be seen performing in Pop Star Yo Yo Honey Singh’s video “Siftaan”.

Shraey Khanna is a well trained dancer in various dance forms like Contemporary and Jazz (Trained under Mr. Atul-Karan-Big Dance Center), Bollywood(SDIPA), Hip-Hop(-Dancetrax), Hip-Hop & Bollywood (Dreamz Academy) and Kathak (Ratnakar Sangeet Mandir). He has one more feather to his hat in the art called Ballet, trained under Mr. Fernando Aguilera from Argentina and has been part of the performing company.

“We all should realize the Truth of life. Rise above I, me and mine.”- Shraey Khanna

A little boy runs to the gate as his father enters, and asks him the same question he asks every day, “Billie Jean ka CD laye ho?” Thank God if the father has got it or else, this little Michael Jackson fan gets annoyed and stops talking to him. And one day, this same boy grows up to be one of India’s most celebrated young dancers! Shraey Khanna, the 23 year old dancer cum choreographer grew up watching the King of Pop and inspired by him, not only did he train in various dances but also formed his own dance groups. Let’s take a look into his interesting life.

Shraey’s family supported him in his passion for dance, Shraey is currently working with his group of professional dancers and keeping the Billie Jean spirit high! Since childhood, he was very passionate about dancing. He has been trained in various dance forms including Kathak, ballet, jazz, contemporary, salsa, hip-hop, Bollywood and so on. Right now, Shraey is leading a group of talented young dancers, called iNVINCIBLE.

His family recollects 10-year old Shraey taking part in various local-level dance competitions, which were otherwise for 16 to 19-year olds. Being so passionate and good at dancing, it wasn’t tough for him to win the competitions and neighbourhood boys remember bragging about his dancing skills. Some people are meant to do certain things, even if others tell them otherwise. As for Shraey, his family was always there for him. His golden period of learning was in his 11th and 12th grade, when he learnt dancing at Ratnakar Sangeet Vidhyalaya. The training centre was quite far from his place, yet Shraey went there right after school at 2 pm and returned only when his father went to pick him up late in the evening.

How in spite of spending hours at the dance training centre, he was equally dedicated towards his academics. He was a scholarship-granted student and aspired to get into IIT, India’s topmost engineering institute. Following Shraey’s timeline of competitions, his first national level appearance was in MH1 organized Aaja Nach Le. Judges Ronit Roy and Sangeeta Ghosh were amazed by his versatility and surprised at the competition a 16-year old could give to people quite elder to him. That was but just the beginning of an extraordinary. But, with greater success comes more modesty for Shraey as his only message for well-wishers and friends out there is that, “We all should realize the Truth of life. Rise above I, me and mine.” 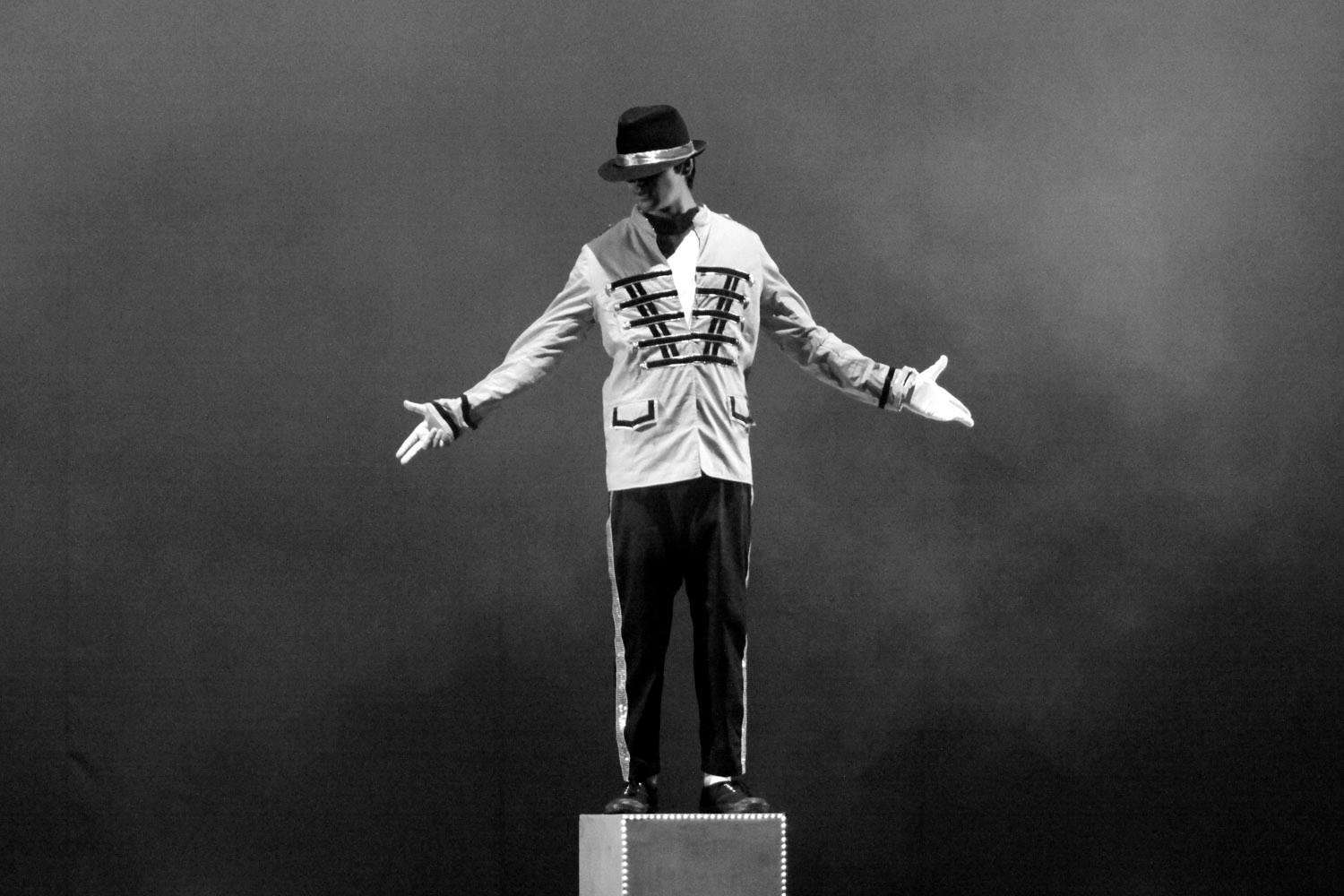 Shraey Khanna has a team of professionally trained dancers called Team Shraey Khanna . Team Shraey Khanna as #SKIN by friends & well-wishers. #SKIN aims to keep the legendary Michael Jackson's style of dancing alive through their performances as Shraey along with his Team Shraey Khanna boys is a huge follower of the legend. Along with Hip-Hop, Animation & Bollywood #SKIN is skinned by the King of Pop. MJ has ruled hearts of billions & #SKIN keeping the legend himself as an inspiration aspires to reach out as many hearts as possible. After all its only LOVE we all need to survive . 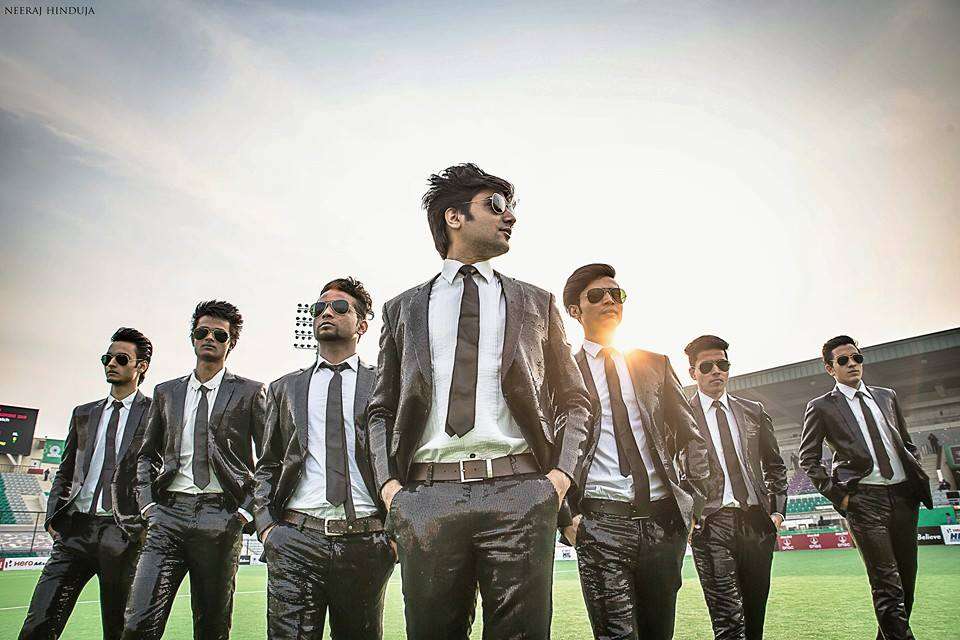 We offer tailor-made acts with just the right packaging to suit the client's needs. Be it Anniversary, Silver Jubliee, Annual Day, Family Day or Gala dinner, we can customise as per the client's theme. We aim to keep our audience entertained with creativity and fun being our forte. We make sure our acts are full of visual treats, we flavor it up with animation, gimmicks and moonwalks.

No matter in which part of the world an Indian wedding takes place, it is incomplete without BOLLYWOOD music and DANCE moves! The nach-gaana is so ingrained in our blood that we just need a little encouragement and we will be on the dance floor. However, weddings are now getting a BIG AFFAIR, thanks to larger-than-life depictions of shaadi in Bollywood movies and TV soaps. Every function, from pre-wedding to post-wedding involves dancing. We at Team Shraey Khanna give you a customised experience to cherish this life-time celebration called "Wedding". We recreate your story and create a Fairy tale for you. We have a Team of professionally trained choreographers, who have worked Internationally.

Shraey Khanna is a winner of reality show India’s Dancing Superstar, Celebrity-Judge, and a choreographer. Born with a personality of a star and some killer looks, Shraey dwelled on the art of dancing and choreographing from quite a tender age. His passion for dance is evident in his moves. Each time Shraey steals the show with his most celebrated & famed "Moonwalk". As Shraey is quite popular amongst dancelovers he is often bombarded by a very peculiar question, "Do you have wheels stuck to your foot?" Well, wheels or no wheels still remains a mystery as each time Shraey Khanna laughs it off meticulously & leaves his audience to wonder & mesmerise by his silky smooth wheelie moonwalk. So Shraey Khanna Live just doesn't present you with some breathtaking performances, but some long hidden mysteries are unfolded too, only if you got the knack to catch it. 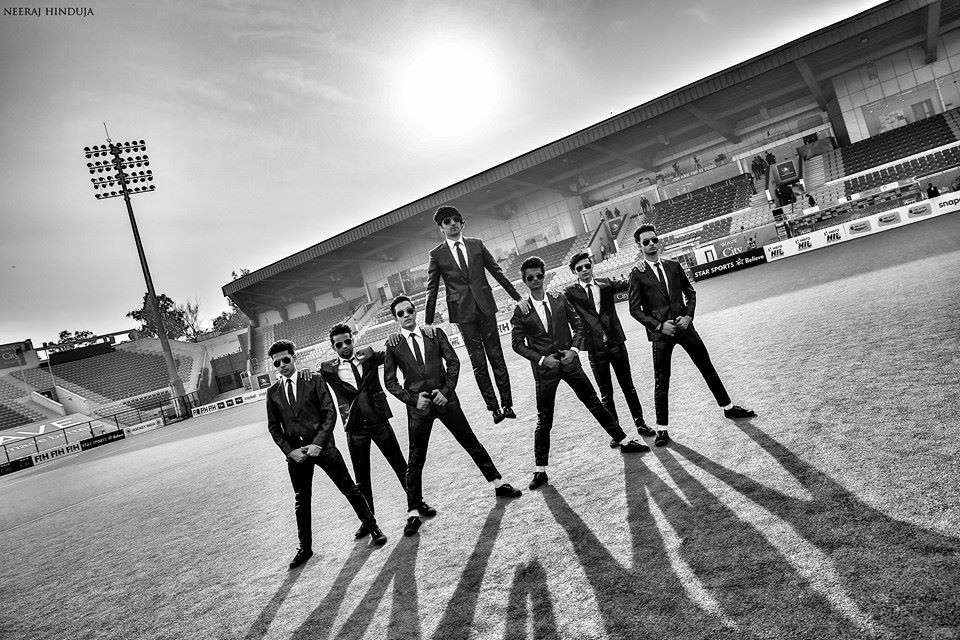 The number of people taking part in dance classes world wide is increasing, with dance allowing people to be more active, socialise within local communities and develop creative skills. Dance helps hone a child's motor abilities, building confidence and social skills, and providing the much needed physical activity and there by channelising their energies in a fun, healthy and productive way.Grace and poise are two physical benefits of dance, in addition to providing an intense and fun form of exercise. DANCE WITH SHRAEY is a team of professionally trained dancers who are trained with Iinternational teachers in Ballet , Hip-hop , Jazz and certified Zumba instructors.The company aims to give the best of dance knowledge and exposure to the students.

DANCE WITH SHRAEY School Program can be in form of: